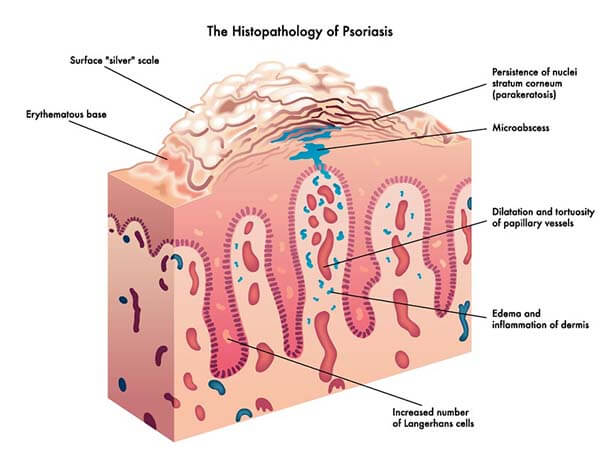 Psoriasis is a widespread condition that affects about 1 in 30 people.

Psoriasis is caused by a pile-up of skin cells that have replicated too rapidly (around a thousand times faster than normal), resulting in the characteristic silvery scale of the condition. Although there’s a strong genetic link, sufferers can make several changes to their diet that will help to alleviate the problem.

What food should people with psoriasis avoid

Beginning with food and drink; people with psoriasis should limit their intake of sugary foods, as these can fuel the overgrowth of Candida – a yeast that plays a significant role in causing psoriasis. Sufferers must also cut down on their consumption of meat and alcohol – both of which can elevate the level of psoriasis-linked toxins in the blood.

Foods to Eat for people who suffer from psoriasis

As for what they should consume, people with psoriasis need a wide range of vegetables (but not fruit – which can fuel Candida growth), and they should drink plenty of water. Vegetables are a great source of fibre, which binds with toxins, while water is great at flushing toxins out of the body. One specific nutrient found to help people who have psoriasis is Omega-3, which we can get from eating oily fish or flaxseed oil.

Is turmeric good for psoriasis

Turmeric derives from the Curcuma longa plant a member of the ginger family. There has been much debate and discussion about the health benefits of this spice.

One of these benefits is the anti-inflammatory properties of turmeric; which may ease (overtime) the effects of psoriasis.  People who use turmeric as alternative medicine like to take it in tea, paste, or as a supplement.

Why not try my delicious soup below, which may go some way towards alleviating psoriasis.

Boil the stock, garlic, pepper together and then add the vegetables and root ginger. Leave to simmer for 15 minutes. Add the cream and flaxseed oil and gently stir. Put in a blender and blend until smooth. (Serves 6)

Barbara Cox – is a top nutritionist at Nutrichef UK and is passionate about the benefits people get from eating a healthy, well-balanced diet. 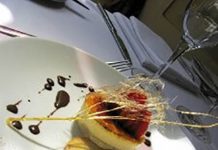 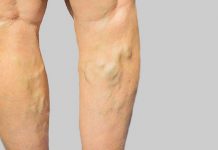 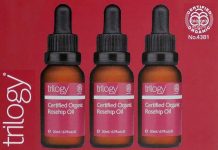 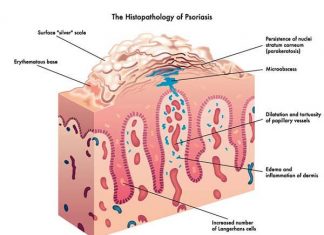 Psoriasis, Foods to Eat and Avoid

SearchGo - April 6, 2020
0
Psoriasis sufferers can make changes to their diet to alleviate the problem, avoiding meat and alcohol that can elevate the level of psoriasis-linked toxins

What is Laser Liposuction?