In the last year, we have seen several 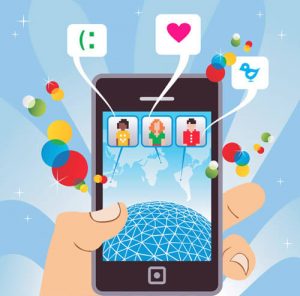 mobile phone manufacturers develop and integrate technology into smartphones that allow for easier use to access and connect to social media networks.  Network operators (albeit traditionally slow to react) have all been vying for a slice of the action. This is not a new phenomenon. For years’ now mobile phone developers have been working out how they can create a more positive experience on the mobile web.

In the early days of the mobile web and long before social media became a household name (yes, even before MySpace), phone manufacturers were being pushed by consumers and the media to find the best way to use the mobile web on their phones.  These early days were quite rudimentary at best, and phones crashed at worst. The problem lay in that no individual networks or manufacturers wanted to work with one another. So, rather than creating a smooth and seamless experience for mobile web users in collaboration with each other, they instead created a proprietary web with different rules on each phone, and each device being released with crudely developed browsers that literally saw websites in different shapes and colours.

The mobile web has come a long way since those days. The smart minds at the W3C stepped in and created a set of best use guidelines for developing websites for the mobile web while prompting manufacturers and networks to comply with best use and standardised guidelines. Gone are the early restrictive mobile browsers, they are now thankfully replaced with offerings from some of the bigger names of the web such as Google’s Android Chrome browser, Microsoft’s Internet Explorer Mobile, RIM’s Blackberry browser, Opera Browser, and a few other lesser-known individuals.  The need, or rather demand for the browsers to operate smoothly in the social media market has become tantamount to many users.

Jumping seamlessly from network to network

Mobile phones, or rather smartphones are now not just purchased for their ease of use in making phone calls or sending emails, they are chosen for how well they can connect with social media networks and how user-friendly that activity is.  With many users joining multiple networks such as Facebook, Twitter and Instagram, there is a demand for smartphones to produce a more seamless experience when going from one social activity to the next.

Nearly all social networks provide some form of interactivity on their websites. This could be from clicking an image and tagging it with a friend or colleagues information or making a recommendation utilising images on Pinterest. In order to use these functions, mobile phone manufacturers and mobile web developers will have to further develop smartphones to handle the demand in mobile social networking interactivity.

In today's market, there are a large number of mobile phones for social networking that tick the social media connectivity box such as offerings in the shape of Samsung's Galaxy smartphone line, Apple iPhone, and other popular brands that utilise Google Android platform.  After doing all your research, you’ll make the decision on which is the best smartphone for you based on personal choice, i.e. style, size, weight, intended use work or play or both, and of course price all come into play.