The Lady Elizabeth is the second book by Alison Weir and she shows a knack for balancing dramatisation with detail. 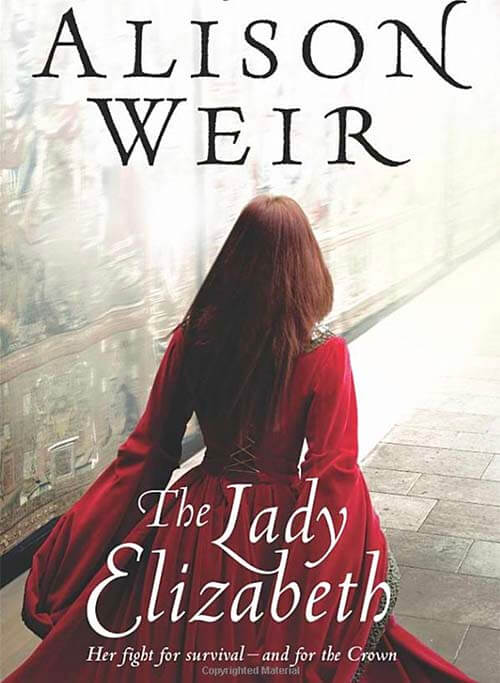 “Marry, we live in perilous times.”

One of my first thoughts when I started reading The Lady Elizabeth, Alison Weir's second novel, was, thank god I'm not Mary Tudor. Before earning history's dubious distinction as “Bloody Mary,” she suffered heaps of humiliation from her father, Henry VIII, who ticked off the Holy Roman Empire, discarded Mary's mother, Catherine of Aragon, and married the one woman almost all of England thought to be a whore: Anne Boleyn.

In the opening pages of The Lady Elizabeth, Mary is saddled with the unenviable obligation of telling her three-year-old half-sister Elizabeth that she, too, has been stripped of her title, declared a bastard and that Elizabeth's mother was just beheaded for adultery and high treason on London's Tower Green.

Treading carefully in the court of Henry VIII

It's a bad hand that is being dealt to both highnesses, to be sure, but Elizabeth, especially, has a conjurer's gift for turning adversity to advantage.  As Anne Boleyn's beheading signals, the English court of the 16th century was a dangerous place to be. One false step and a courtier could find herself out of favour — or worse, dead. The child Elizabeth finds herself publicly rebuked by her father when she dares to suggest that perhaps her mother wasn't guilty of adultery or incest. With the flick of a hand, Elizabeth is banished from court and bereft of royal protection. Relying on her wits is the only way she wins back that favour.

Did Lady Elizabeth have a dangerous liaison with Thomas Seymour?

As Elizabeth grows older, and her siblings — first Edward, then Mary —  become sovereign, the intrigues deepen. Weir, a prolific biographer of European monarchs, hews close to the documented facts of Elizabeth I's life, starting with her as a child in 1533 to when she finally succeeds to the throne in 1558. But where she makes most free with the facts is where the narrative becomes most absorbing.  Elizabeth did consider marrying Thomas Seymour — who became the second husband of Elizabeth's stepmother and sixth wife of Henry VIII, Katherine Parr (see the excellent site Tudor History) — and later the two had an ongoing flirtation. But in this story, the courtship is more like a dangerous liaison with results more scandalous than certainly I ever imagined.

When you're not on the edge of your seat wondering when Mary's councilmen are going to turn up at Hatfield and haul Elizabeth off to the Tower, you're savouring the sumptuous descriptions of dress and manners and banquet fare.

I know there are more than a lot of books about the Tudors out there, but few, I think, are as lively or well-paced the Lady Elizabeth.