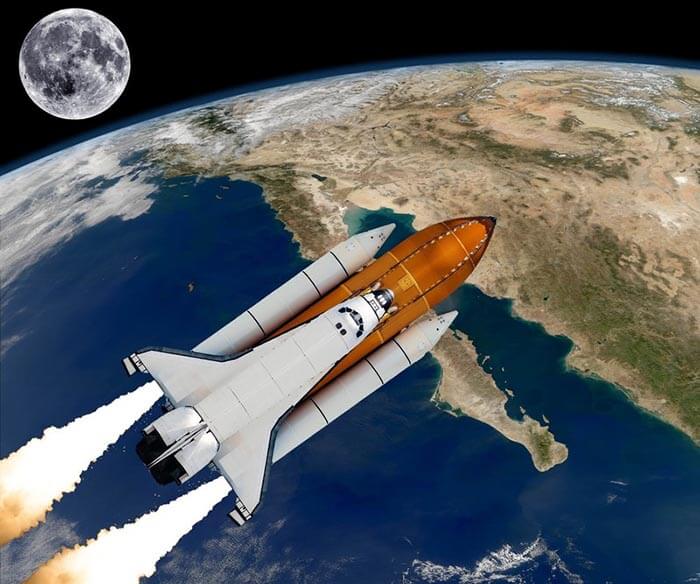 Hundreds – possibly thousands – of people from all walks of life will experience space travel fulfilling a lifelong ambition during the next decade and beyond by being blasted into space.

Many will take to the skies to experience the thrill of a 90-minute, up-and-down sub-orbital trip.

Others will spend days circling the world, gazing in wide-eyed wonder at the breathtaking beauty of what an astronaut once described as “the good Earth.”

A few intrepid voyagers will even circumnavigate the Moon, following the trail blazed by the Apollo pioneers of the late 60s and early 70s.

The driving force behind what is being hailed as the new golden age of manned spaceflight is not NASA or other government agencies, as in the past, but privately-owned, for-profit companies.

Recently the ubiquitous search giant Google announced a competition for would-be space tourist to submit a 30-second video on why they should be the first to travel into space. The winner will get to join Larry Page and Sergey Brin (Google), and Richard Branson (Virgin) to go to Mars sometime within the next 30 years. The trip to Mars is a collaboration between Google and Virgin Galactic named Virgle.

“Space travel should not be reserved for only a few but rather be seen as the future for our children’s children and be embraced and explored by all,” says Eric Anderson, the visionary president and chief executive of Vienna, Virginia-based Space Adventures Ltd – a space tourism company offering a range of mind-blowing experiences, from zero-gravity flights to trips aboard the International Space Station (ISS).

Founded in 1998 by Anderson and others, Space Adventures is the only non-public body so far to have rocketed paying ‘tourists’ into space from the famous Baikonur Cosmodrome. Dennis Tito was the first in 2001 and Charles Simonyi the fifth and most recent in 2007.

“Space travel should not be reserved for only a few but rather be seen as the future for our children’s children and be embraced and explored by all,”

Cost of space travel is destined for privileged a few

At present, only the mega-rich can afford to go into orbit, each trip to the International Space Station (ISS) costing a staggering $30 million per person. But despite the astronomical price tag, there is no shortage of takers for the trip of a lifetime.

It takes much more than a hefty bank balance, however, to secure one of the few places currently available. Individuals must be in tip-top physical condition and prepared to undergo weeks of rigorous training in Russia. The training program includes learning about the workhorse Soyuz TMA spacecraft, which ferries astronauts into space, and how to live and work once aboard the ISS.

Sub-orbital hops are an affordable alternative

Sub-orbital hops, many of which are likely to take place during the next 10 years, are far less demanding. Apart from being in good, overall health and willing to experience a zero-gravity flight and a spin in a centrifuge to prepare for the forces encountered along the way, no special skills are required of would-be astronauts. 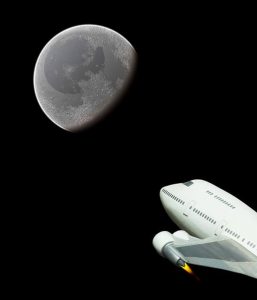 Although still expensive at $102,000 per flight, sub-orbital spaceflight trips to the ‘astronaut altitude’ of 100 km, where space officially begins, are within the price range of many more people than orbital flights. Space Adventures currently has over 200 reservations for sub-orbital flights, deposits and payments-in-full totalling $3 million.

The company’s most ambitious and expensive project to date is a trip around the moon, which could be launched as early as 2011. Tagged DSE-Alpha (Deep Space Expeditions), it will utilise a robust Soyuz spacecraft piloted by a Russian cosmonaut. Two commercial seats are available at $100 million each!

The attraction of space travel

Space Adventures has acquired the exclusive rights to market and sell the DSE-Alpha mission. But is it commercially viable? Yes, according to Anderson, whose company has identified more than 1,500 people globally with the financial resources to be able to afford such a trip.

The attractions of the lunar mission include: experiencing weightlessness; seeing Earth-rise from lunar orbit, just as a circumnavigating Apollo crew did for the first time in 1968; viewing the far side of the Moon never seen from Earth; becoming one of the world’s first private interplanetary explorers and one of the first people to orbit the Moon in more than three decades; and enjoying celebrity and role model status back on Earth.

If DSE-Alpha is the commercial success Space Adventures hopes and believes it will be, other lunar trips will follow, including some that will land people on the Moon’s surface for the first time in a generation.

Aerospace engineer Anderson, whose childhood dream was to be an astronaut, says “private companies are now able to develop space travel just as well as, if not better than, governments.”

The Space Shuttle has “utterly failed” to bring down the costs of space travel. “It became a beast that was untenable in terms of cost and complexity.

Private companies can do certain things infinitely better than governments, such as creating efficient operational systems where the objective is to make things less, not more, expensive and where cost overruns are not tolerated.

For commercial space travel to be successful, “it must provide a tangible return on investment,” remarks Anderson. “One possibility is mining asteroids for valuable metals. In a typical, quarter-mile-wide asteroid, there is precious metals worth over a trillion dollars on the world market, assuming that you didn’t suddenly flood the market with such metals.

“When companies believe that commercial exploitation of space really is possible, you will see them going out there and doing things that NASA is only dreaming about right now.”

Anderson expects to see all manner of sub-orbital vehicles developed for space tourism purposes during the next decade, possibly dozens of wealthy people visiting the ISS and the start of private lunar flights.

“We may even see the planning – possibly the launch – of privately-funded space stations.”

One company planning to make as much of an impact in space travel as it has in air travel is Virgin Galactic whose SpaceShipTwo – the successor craft to its prize-winning SpaceShipOne which made three flights in 2004 – will begin taking private individuals into space within the next few years.

Anderson says the development of privately financed space travel is beginning to gather pace. “Things are really moving. There is a critical mass. I think we are reaching a very exciting time.”

SearchGo is an online lifestyle magazine that provides information on every subject imaginable. If you need info … then search and go! 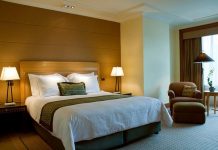 The History of Hotels: From Economic To Extravagant