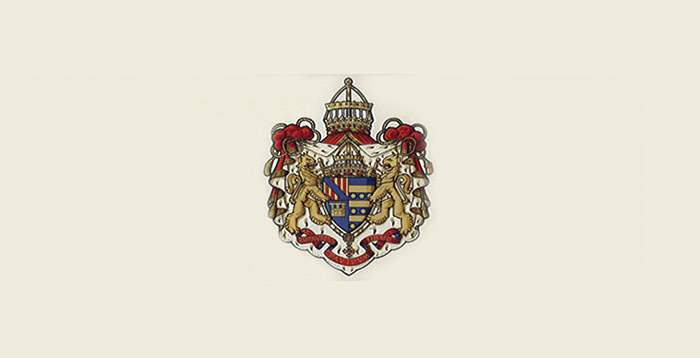 To most of us, Majorca is simply a holiday resort, and we are not aware that this was once an independent and important Kingdom.

The Kingdom of Majorca (Mallorca) was created by James I of Aragon (“The Conqueror”) who reigned as King of Aragon 1213 – 1276. The Kingdom of Aragon was one of the small Christian states which arose in the Iberian peninsula following the gradual expulsion of the Moors, who had held sway in the area in the wake of their conquest of the old Visigothic realm of Spain in the eighth century.

Which territories were in the Kingdom of Majorca?

The Kingdom of Majorca existed from 1276 to 1349, and included the Balearic Islands (Majorca, Minorca, Formentera and Ibiza), the counties of Roussillon and Cerdagne (present-day Northern Catalonia); and the territories James retained in Occitania (the lordship of Montpellier, the viscounty of Carlades and the barony of Aumelas). The capital of this kingdom was for reasons of trade and diplomacy on the mainland at Perpignan (in Roussillon in the south of France). On James's death in 1276, the kingdom passed to his second son, who reigned under the name James II of Majorca. In 1344, James III was dispossessed of the kingdom by Peter IV of Aragon, his cousin and overlord, and was killed attempting to recover it in 1349, after which the title of King of Majorca became nominal.

The Compromise of Caspe

In Aragon, Peter III succeeded his father James I to the throne in 1276, and for many years the succession continued without problems. But when King Martin I (the Humanist) of Aragon died in 1410 he had no children to succeed him, and he had not named any successor. The only written law of succession was the Will of James I which confirmed the principle of male primogeniture, but this was not followed. Six claimants to the throne stepped forward. Through intrigues and political gerrymandering, the law of succession was set aside, and a group of nine electors (three from each realm of Aragon, Valencia and Catalonia) was put together to decide upon the respective claims. They met at Caspe in Aragon in 1412, and by the very composition of the group a decision for one of the claimants, Ferdinand of Antequera, was assured in advance. The event is known to history as ”the compromise of Caspe” was not a valid election, and Ferdinand of Antequera (a member of the Castilian House of Trastamara) came to power in a manner similar to a coup in conflict with the prevailing order of succession.

This point is also stressed by T.N. Bisson, who for many years was a professor of medieval history at Harvard University. When discussing the “compromise” of Caspe in his book “The medieval crown of Aragon” he points out that “ … the issue was (or became) political rather than simply legal, a utilitarian question of which candidate with some dynastic claim would make the best king” (op. cit., pp. 135-6).

Question of inheritance and succession

When James Count of Urgel, who according to the law of succession should have inherited the throne after Martin I, died in captivity in 1433 the legitimate line passed to the Duke of Gandia who died without an heir in 1454. The lawful succession to the thrones of the Lands of the Crown of Aragon, including the throne of Majorca, thus passed in 1454 to the House of Ayerbe where Princes of Cassano were de jure kings of the Lands of the Crowns of Aragon until their line became extinct with the death before 1851 of Joseph the last Prince of Cassano.

The succession thence passed to the cadet branch of the House of Ayerbe, the line from Peter, the younger son of King James the Conqueror in his third marriage. Peter first Baron of Ayerbe had a son Michael who in turn sired a boy, Giovanni the Elder born in 1347 and who in 1398 became Vicar General of the Kingdom of Sicily. Giovanni married Sibilla Spadafora and from that union descends unbroken the line of the House of Paternò.

Individual members of the House of Paternò regularly held the highest offices in the land such as Archbishop of Palermo, Viceroy, Ambassador to the Pope and Lord in Waiting to successive Kings of the Two Sicilies and the said Kings gave full recognition to the Family’s particular status.

Over the centuries the descent had thrown off numerous branches, many of which have intermarried. Thus, when the last Prince of Cassano died, it was not clear who precisely held the dynastic right to the jus majestatis of the Lands of the Crown of Aragon and it became urgently necessary that the question is answered.

Presenting the evidence of royal rights

A family conclave, on the initiative of the 7th Duke of Carcaci Don Francesco Paternò Castello e Sammartino, was called on 14th June 1853 and held in Palermo in the palace of the Marchese di Spedalotto, head of one of the more senior branches of the family. After a review of the relevant evidence and a wide-ranging discussion, it was the finding of the conclave that the royal rights, which had been the subject of the debate, should be confirmed as belonging to Don Mario, son of the Duke of Carcaci's younger brother Don Giovanni and his wife Donna Eleonora Guttadauro of Emmanuel Riburdone, the heiress of the House of Guttadauro. This conclusion which had received the assent of King Ferdinand II of the Two Sicilies was reached on the recognition that Don Mario alone had the royal blood of Aragon in his veins from two sources, through the separate descents of both his mother and his father from King James the Conqueror.

A family pact was then signed and registered on 16 June 1853 in the Chamber of Seals and Royal Registers of the Kingdom of the Two Sicilies. It was decreed that during the minority of Don Mario, his father Don Giovanni should be Regent.

Petition to grant ‘chivalrous distinctions'
The sealing of the family pact was but one of a series of events following the death of the last Prince of Cassano which determined and confirmed the dynastic rights of the House of Paternò Castello Guttadauro. The final endorsement came on 2nd February 1860 when the Royal Commission for Titles of Nobility recommended to the new king Francis II that a petition by “Ecc’mo Sig. Don Mario Paternò Castello Guttadauro dei Duchi di Carcaci be granted. The petition was that the Prince should receive all confirmation of the Sovereign's assent for those “chivalrous distinctions” which he wished to bestow. On 11th February 1860, the king approved the recommendation of the Royal Commission and directed the Secretary of State for Sicilian Affairs to give effect to his approval.

In 1996, following the abdication of his father, H.R.H. Don Francesco became Head of the Royal House of Aragon, Majorca and Sicily as Prince of Emanuel and Duke of Perpignan.

As recognised by international law, most lately by the International Court of Arbitration in Ragusa 8th January 2003, H.R.H. Don Francesco is as direct descendant the legitimate heir and pretender to the Throne of the last Sovereign of the Royal House of Aragon. He is, therefore, the carrier of the following qualities, rights and privileges listed by the court:

This judgment, which was recorded in Ragusa on the 7th March 2203, no. 246, series 4, takes effect in all countries so bound by the New York Convention on the recognition and enforcement of foreign arbitral awards from 10th June 1958. This convention has been signed by more than 120 of the UN member states.

Jan-Olov von Wowern is the head of the Swedish branch of the von Wowern family, dating back to its founder who was born around 1090 and made a Marquis in 1141. He is active in European charitable and nobiliary work, and is the author of the book ”Find Your Noble Ancestors!” and several articles on genealogical issues. Further information about the Royal House of Aragon, Majorca and Sicily is available at http://www.mocterranordica.org 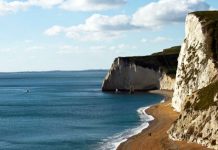 Lulworth, A Jewel in the Rugged Dorset Landscape