While we’re on the subject of mysteries, I see the latest book by Scottish crime writer Denise Mina, The Dead Hour just hit the shelves.

But be forewarned: As much as Agatha Christie’s genteel mysteries are idealised and prim—the works of Mina, set in a poverty-ravaged underworld of Glasgow, are jagged and grim.

Mina depicts vividly the seedy side of human nature—showing you more than you probably want to see. And with decaying council flats, drug abuse and sexploitation, corrupt law enforcement and the steely banks of the Clyde River as a backdrop, her dramas are chilling.

But what draws me to Mina is her choice of female protagonists. Despite unfavourable odds, they’re spirited and complex; not at all the cardboard cliches you often find in hardboiled crime fiction.

Maureen O'Donnell, the centre of the Garnett Hill trilogy, displays a glacier-like nerve to the outside world. But inside, she's full of fluttering doubts about her sanity. Even she's not sure that she's not guilty of the crime she ends up investigating.

Born in Glasgow in 1966, Denise Mina was working on a law degree at Glasgow University. She was teaching criminology and criminal law and researching a dissertation on the ascription of mental illness to female offenders. But all the while, she had a bug to write a novel. So, “misusing her grant,” she says, Mina played hooky from her studies and wrote Garnethill, the first work in the Garnethill trilogy. John Creasey Dagger Award for Garnethill

Beginners luck or no (Mina says she sent her manuscript blindly to the first three literary agents she found in directory assistance), the debut won the John Creasy Dagger award for the best first crime novel. And they only get better. 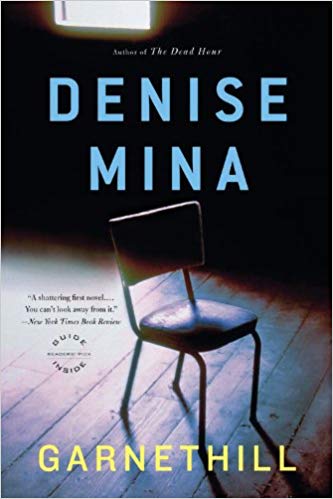 In Denise Mina's first book, Garnethill, we first meet Maureen O'Donnell, who wakes up to find her former therapist, with whom she's having an affair, bound to a chair in her living room with his throat slit. Maureen was just about to break off the relationship… 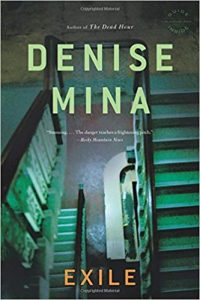 In Exile, the murder of a woman whose last known residence was a shelter for battered women takes Maureen (since the police don't seem all that interested) to London to investigate. But don't expect the change of scenery to lighten the mood. Mina's London is as dark and treacherous as her homeland. 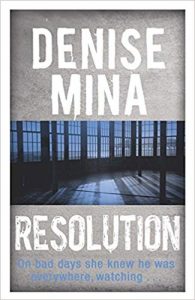 The final instalment, Resolution pits Maureen against her biggest nightmare, Angus Farrell. He's a psychologist and the two have tangled before at the beginning of the series. In this confrontation, though, Maureen finds herself with a conspicuous lack of protection. 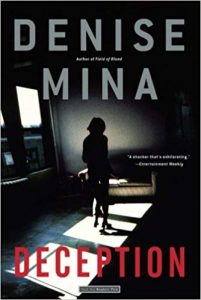 Deception (published as Sanctum in the U.K) is a departure for Mina, and perhaps my favourite of all her work. Talk about an unreliable narrator. When Lachlan Harriot's wife Susie, a forensic psychiatrist, finds herself on trial for the murder of a serial killer, Lachlan retreats to her attic office—Susie's sanctum—to go through her files and piece together her defence. What he finds shatters his life and will shock even the most blase readers. 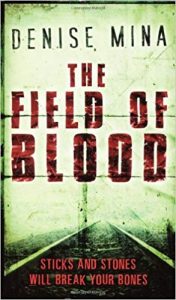 Mina introduces us to Paddy Meehan in Field of Blood, she is a reporter for the Scottish Daily News who earned her crappy beat by paying her dues. Still, she's overweight, cruelly shunned by her family, and always at pains to prove herself.

In Field of Blood, a coincidence in naming leads Paddy from the copy bench to a become a respected journalist breaking one of the biggest cases the Scottish Daily News has run in years. You'll find yourself rooting for this gutsy underdog even when her moral compass wavers. 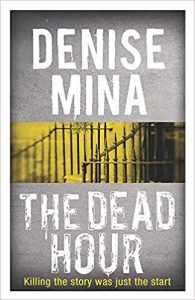 Paddy's back in Mina's latest novel, The Dead Hour.  When Paddy is called to a late-night domestic disturbance in a posh area of Glasgow, she finds herself with 50 quid pressed in her hand and a request to make sure the incident never hits the paper. The next morning, the woman involved in the disturbance winds up dead and Paddy finds her own life in danger.

Where to buy Denise Mina's novels

Amazon has the full collection (as per usual) of Denise Mina books and one can find a good deal if one looks hard enough!