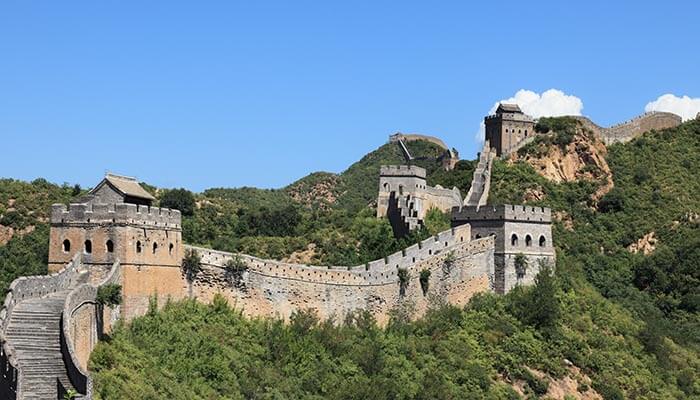 Holiday travel to China can be a once-in-a-lifetime trip for many people, and detailed planning and preparation is key to visiting and getting the most out of your visit to the People's Republic of China.

Once a cradle of civilisation that dates back nearly 4,000 years, The People’s Republic of China (ROC) has today emerged as an industrial giant.

At the beginning of 2011, China found themselves climbing above Japan to become the second-largest economy in the world, and the world's largest trader in goods with figures upwards of $4.1 trillion.

China has a reported rise in exports of 37.7%  – an approximate increase of 15% of numbers forecasted, and a 51% increase it imports – some 23% above the forecasted figures, it seems they are a force to be reckoned with.  Economists at Goldman Sachs say that ‘the import and export growth reflects well on both the Chinese and the global economy’.

Covering 3.7 million square miles the world’s most populous country has begun its second industrial revolution. Freed from the shackles of Maoism and state-controlled industries, and as a member of the WTO (World Trade Organisation) with established trading partners, private enterprise has stimulated investment in both domestic and foreign business and established one of the world’s fastest-growing economies.

Trading between China and the West began long ago in the 2nd century BC with the great Silk Road.  First established as a route to the West to garner political and military support, and then subsequently used by foreign traders to exploit the Romans’ insatiable appetite for silk.

The Silk Road reached its zenith during the Mongol invasions but then fell into decline during the 15th century once sea routes from Europe to Asia were discovered, making this option cheaper and less subject to attacks from bandits.

The Great Wall of China

At the Jiayuguan Pass, the Silk Road intersects with the Great Wall of China, a monumental 4,163-mile defence fortification running across China, from east to west. The wall was originally constructed by three States – Yan, Zhao and Qin – approximately 2,000 years ago but not as a united effort, rather for their respective defence requirements.

Subsequent dynasties saw the wall lengthened and strengthened until, under the rule of Emperor Qin Shihuang and the unification of China, it became one continuous ribbon of defence against persistent invasions from the Huns.

Recognised by UNESCO in 1987, it became a World Heritage site.  The Great Wall has fallen into natural and man-made disrepair prompting the Great Wall Academy to conduct a 6-week survey (in 2002) that revealed less than 30 per cent of the Great Wall was in good repair.  To this day on-going work continues to repair and maintain this world-famous site.

Suzhou – Venice of the east

From the longest wall to the longest river, the Yangtze (‘Changjiang’, in Chinese) – meaning Long River – flows 3,900 miles across China from west to east, bisecting the country both culturally and geographically north and south.

Enjoy a morning at one of China’s favourite tourist attractions as you float along the canals of Suzhou in the Yangtze basin.  Dating back to 600 BC, Suzhou is one of the oldest and most picturesque towns in the area, often referred to as ‘the Venice of the East’, it features beautifully landscaped gardens and ancient pagodas.

TRAVEL TO EGYPT ON A PACKAGE HOLIDAY

Perhaps China’s more famous ‘recent’ tourist attraction – apart from volume and diversity of domestic and international shipping, supplying energy and transporting finished goods to and from the industry on its banks – is the Three Gorges Dam.

As the world’s largest irrigation project (costing in the region of US$25 billion and displacing as many as 1.4 million) and stretching 1½ miles across the entire river.  It was built to reduce flooding and supply power and water transport for the area, although at the expense of submerging a 2,000-year-old town, Fengjie, as well as other populated villages and towns that were lost behind its great walls.

Tour packages and special deals are available when you travel to China from many major airlines who also offer advice and bookings facilities for recreational activities. 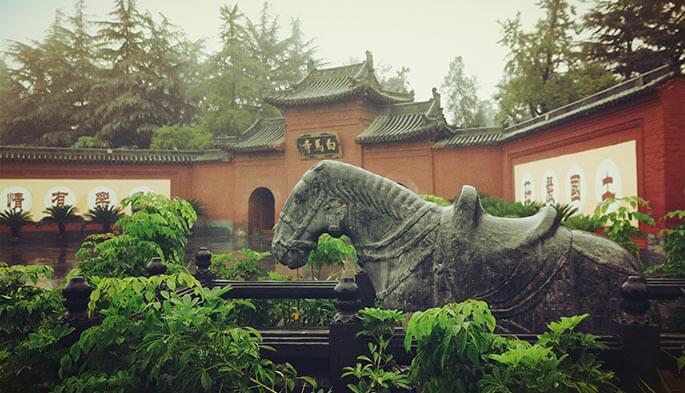 Things to do when visiting China

White Horse Temple
A tour package to in China may include such experiences as a day of peace and tranquillity with a visit to what is thought to be the first Buddhist temple in China, the Baima Temple (White Horse Temple) in Luoyang.  Founded in AD68 during the reign of Emperor Yongping of the Eastern Han Dynasty it consists of some 100 individual chambers and halls adorned with ancient relics from days gone by.

Longmen Caves
Visit another historic UNESCO World Heritage site, the incredible Longmen Caves (Grottoes).  Here 2100 caves house one of the largest collections of Buddhist sculptures and grotto art from the Northern Wie and the Tang Dynasties.

The United Kingdom, EU and other foreign nationals wishing to enter China will need either a business visa or tourist visa (for holiday travel to China) along with their passport valid for a 30-day stay, within 90 days from the date of issue. (Exempt if a UK national staying in Hong Kong for up to 180 days or all nationals staying in Macau for up to 90 days, USA nationals for less than 30 days and UK nationals up to 6 months).

When obtaining a visa to conduct business activities such as negotiating agreements, factory visits or sales meetings, the traveller must frequently obtain a formal invitation from the Chinese party being visited, be it a government body, organisation, learning institution or business enterprise.

Apply for a business visa to China in advance

Visas must be obtained from Chinese embassies and consulates before you travel to China and given the ever-growing flurry of commercial activity, it is wise to apply at least a month in advance of your trip. Passports must be valid for a minimum of 6 months for single entry, 12 months for double or 6-month multiple entries, or 18 months for a 12-month frequent entry visa.

Travel restrictions to abide by when travelling to China

It is important to note that China has a strict policy governing foreigners visiting restricted areas such as Tibet where special permits are required. Visitors not adhering to stipulated visa conditions, i.e. who visit restricted areas or who overstay beyond the expiration period may be subject to fines, incarceration or be deported from the country, as well as incurring departure delays.

International flights departing China are regularly oversubscribed and thus it is wise to reconfirm departure reservations a few days before leaving and ensure early check-in.

Can you take photos in China – restrictions

Video cameras and similar audio-visual devices should be declared upon entry to China and use of such media should be restricted to tourist-approved areas well away from military installations or politically sensitive regions. Travellers visiting areas close to such sites would be well advised to leave such equipment in the safety of their hotel, or with a trusted individual. Chinese laws are often more rigorously imposed than those foreigners may expect in their native country, and penalties frequently harsher.

Another great way to enjoy your holiday to China is to book a package holiday. There are many good reasons for doing so. When taking a package holiday or tour to anywhere in Asia it will look after all the accommodation. Tour operators will help you choose the right China holiday package holiday to suit your budget, and really, there is a package for most budgets with the bulk of the cost being the return flight.

Whatever your mode of travel to China, do your research first and enjoy your trip.