The term wrapping, when applied to packaging equipment, covers a broad family of wrapping machinery types and styles.

The common feature is the use of a piece of plastic film, paper or aluminium which is wrapped around a product or group of products and is then sealed using heat, glue or simply friction. The wrap itself does not need to fully enclose the pack and can consist simply of a band, a partial enclosure of the pack or the complete hermetic seal of the product.

The purpose of this article is to look at the broad areas of wrapping and to identify the machinery types that are required. The two broadest styles of wrapping are those machines that partially wrap the product and those that fully enclose it.

A banding machine is a wrapping machine that wraps a band of material around a product or a group of products and then seals it either with heat or glue. The film or paper needs to be relatively stiff or thick and so high-density polyethene is often used.

Dedicated banding machines use a single reel of film or heat sealable paper up to 100mm wide. The product to be wrapped is positioned using either an infeed conveyor or a pusher and held stationary. The piece of film or paper is then transported around the product from the side around an “arch”. The film is then tightened and sealed with either heat or an ultrasonic weld.

Process of a banding machinery

The process is relatively slow, with a pack the size of 10 DVDs running at a speed of up to 25 products per minute. Because the film is transported around an arch and then tensioned before sealing, this method of wrapping is very suitable for random sized products as the film drawn off is just enough to fit around the product. No change parts are necessary when changing sizes.

Example video of an overwrapping machine in action.

A sleeve wrapping machine is a machine that uses either one or two reels of film to enrobe a product or groups of products with a loose piece of film which is then shrunk tight by the application of heat. The most typical wrapping material is low-density polypropylene in thicknesses from 30 to 120 microns.

Sleeve wrappers commonly use two reels of film which are joined to form a web. The product to be wrapped is passed through the web and the film is cut and sealed. The product is either conveyed through the film by a conveyor or pushed using a transfer system. Once the sleeve is formed around the product it enters a heat shrink tunnel where the film is then tightly shrunk. Because a band of film is used, the ends of the product are exposed leaving “bull’s eyes” or “bullet holes” exposed. This method of packaging is therefore mainly suited to distribution or transit style packs. However, by using directed airflow it is possible to fully enclose the pack but the resulting presentation is still of poor quality.

Sleeve wrappers typically range from 600 to 1500mm in sealing jaw width, making them suitable for products less than 600mm up to 1500mm wide. Because the film is contained on a roll, the length of the product can be very long, limited only by the method of loading the product and the capacity of the heat shrink tunnel. Speeds of operation vary from manual systems producing 1 or 2 packs per minute up to medium speed systems running at 35 products per minute.

A stretch banding machine is a wrapping machine that wraps a band of film tightly around a product or group of products. Polyethene film ranging from 30 to 60 microns is used.

The stretch bander operates in a very similar manner to a sleeve wrapping machine. The biggest difference is that the film is pulled tight around the product before sealing occurs. This means that the product is held tightly without the need for a shrink tunnel after the wrap has taken place.

Stretchbanders are used for distribution packs and are typically used in the pharmaceutical industry where a product collator is integrated into the machine. Speeds of up to 30 bundles per minute are possible with the limiting factor being the time it takes to stretch and seal the film. Sealing jaw widths range from 300mm up to 1000mm.

Spiral wrapping machinery is very similar in concept to pallet stretch wrappers except that the product moves through the machine as the device feeding the PVC stretch material “spirals” around it. Once the product has been wrapped, a “tube” of film forms around it and a hot blade cuts through the tube at the end of the product.

This style of wrapping is suited to very long items, such as ladders, as well as for items that cannot be passed through a heat shrink tunnel.

Fold wrapping machines are usually used where there is a danger of damaging the product if heat is applied yet still achieving a very tightly fitting wrap. Examples include machinery for wrapping blocks of butter or margarine or small pieces of confectionery at speeds over 300 packs per minute.

Process of a fold wrapping machinery

The principle of operation of fold wrapping machinery is very similar to that of an overwrapping machine, whereby the product is passed through a single sheet of foil or paper. A series of folding and tucking operations then take place to produce the wrapped product. For high-speed wrapping, a “turret” is often used which enables more than one folding operation to take place at the same time.

A twist wrapping machine is a wrapping machine that seals the ends of the wrap simply by twisting the film. To enable this to take place the film needs to be stiff and cellophane is often used. Cellophane has the extra benefit of producing a nice crackling sound when the pack is unwrapped.

Twist wrappers are almost exclusively found in the confectionery industry where they are used for the high-speed wrapping of individual sweets. Again, the sheet of film is fed from a reel and the pack is transferred through it. High throughput speeds of over 300 products per minute are possible.

An overwrapping machine is a wrapping machine that wraps a product or group of products with a sheet of film or paper and then using a series of folding and sealing operations forms a completely enclosed pack. The materials used by an overwrapper can vary greatly and include cellophane, polypropylene, polyethene and paper.

Overwrapping machines provide a very high quality of presentation and produce a pack that has a “wrapped by hand” feeling to it. They are therefore often used where presentation-quality needs to be high, for example for perfume and confectionery box wrapping. In addition, overwrapping uses little heat to provide a near hermetic seal and the film itself is cheaper than the polyolefin required for shrink wrapping. Therefore overwrapping offers cost savings for collation and distribution packs as well as individual packs. The only proviso is that the pack or collation to be wrapped needs to be rectilinear.

The principle of overwrapping is that the product is pushed through a sheet of film which is cut from a single real. Either a base or longitudinal heat seal is made where the film overlaps. As the pack moves through the machine shaped plates form the envelope appearance which is then sealed using heated plates or belts. Speeds can range from a few packs per minute for a semi-automatic machine up to 1000 per minute for the highest speed cigarette pack wrappers.

Roll wrapping machinery is predominantly used for wrapping biscuits. The machines themselves are similar to overwrapping machines in that the product passes through a sheet of film and the lateral seal is made. From then on a series of folding operations form the end seals. Where roll wrapping machines differ is regarding product handling. Since biscuits are very fragile two unwrapped packs cannot be in contact. The machine is therefore designed to gently guide each pack into the machine without touching another.

A foil and band wrapping machine is a machine that first wraps a product in aluminium foil before the product is wrapped in a band of paper. This type of machine is used mainly for wrapping confectionery and chocolate bars. Turret styles of the machine are popular for achieving high running speeds over 300 packs per minute.

A pleat wrapping machine gathers film around a product and then uses a label to seal the wrap. Pleat wrapping is mostly used for circular or non-rectangular products, such as soap or cheese. Usually, the pack is lifted through the film or paper which is then cut. An “iris” is then used to form the pattern of the pleats before a self-adhesive label is used to seal the pack.

The main use of this style of machine is for the wrapping of fresh food. None, or only a little, heat is required and by only crimping the film together the pack is easy to open. Fresh meat, vegetables, fruit and ready meals can all be wrapped in this way.

An L sealing machine is a wrapping machine that uses heat sealable film folded in half along its length. The product to be wrapped is then placed between the two halves of the film before the film is sealed around the product using an L shaped sealing bar to produce a fully enclosed wrap.

The “L seal” style of shrink wrap is used for display purposes. During wrapping, the excess film is trimmed away and removed. Polyolefin or PVC film is used with as much as a 40% shrink property when the heat is applied. After travelling through the heat shrink tunnel, the film is tightly shrunk around the product.

One of the characteristics of L seal shrink wrapping is that the film must be perforated to allow the air to escape as the shrinking takes place. This means that the resultant wrap is not hermetic and does allow some transfer of aroma and bacteria. However, the perforations are so small that they are not easily seen by the eye and with clever positioning, the holes can be placed so that they are in contact with the edges of the product being wrapped.

L sealing machines range from low cost, entry-level chamber machines to high speed fully automatic shrink wrappers which owe more in principle to flowrappers than to shrink. These machines can run as fast as 120 packs per minute. Side sealing machines use the same principle as the L sealer but instead of a reciprocating L bar a continuous cutting wheel is employed to make the lateral seal whilst a reciprocating jaw separates the packs as the machine is running.

Of equal importance as the wrapping machine is the shrink tunnel. At higher line speeds a high-quality heat tunnel is essential to ensure the shrinking of the film at a high running speed. 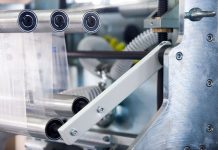 Packaging Designed With Consideration for the Environment 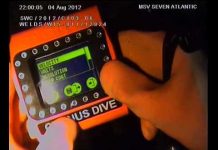 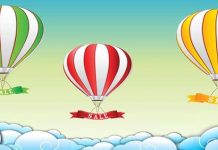