The city of Abu Dhabi is frequently called a shopper’s paradise for its range of products at often unbeatable prices, whether visiting designer boutiques or the many local souks (Arab markets), shopping in Abu Dhabi is an adventure. 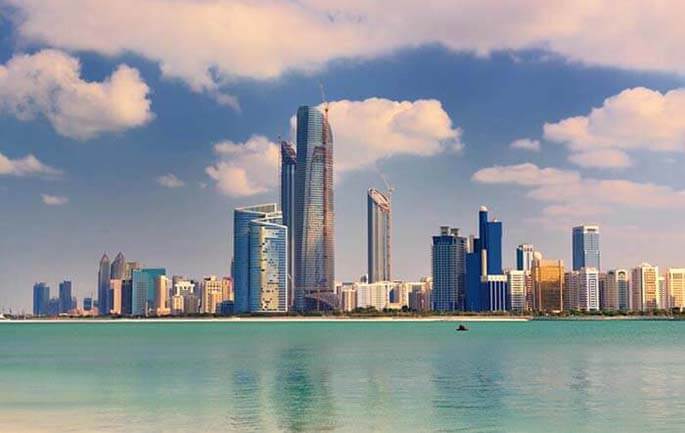 The art of the haggle

The opportunity to participate in haggling may not be appreciated in the renowned designer houses such as Gucci or the less prestigious though accessible Marks and Spencer but part of the pleasure of Arabic culture is haggling. Be reasonable, be sensible, be honest and it is possible to bag a bargain in the souks bespeckling the great, young city of Abu Dhabi. Carpets, rugs and other textile products are better sought outside the malls where a little flamboyance and patient haggling will be rewarded with both a memory and a gift worthy of the time and effort.

The Abu Dhabi Mall which opened in 2002 sprawls some 200,000 square meters and boasts over 200 shops including sportswear, children’s clothes, confectionery, fashion retailers, in fact almost anything can be purchased in the Mall.  Supporting the bustle of commerce are over 40 international restaurants, a cinema complex for the whole family to enjoy, children’s play area, and extensive underground parking.

Shopping for gold in Abu Dhabi 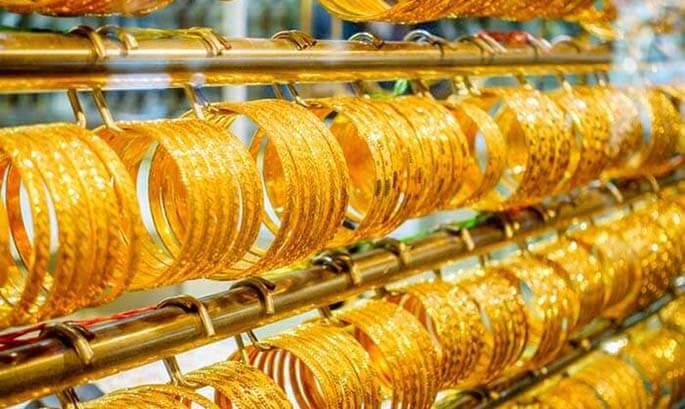 The Madinat Zayed Shopping Centre embraces over 60 gold and jewellery shops and some 220 retails stores. But perhaps the more alluring for a little ‘bling’ are the jewellery shops in and around the Madinat Zayed Gold Market, who claim to offer the cheapest 24-carat gold in the world.  Bracelets, bangles, necklaces, watches and a myriad of other concessions to fashion and style can be found here. Gold is again a booming market in the Middle-East, and Abu Dhabi is dripping with glittering delights that can be found in the Hamdan Street area and around the Madinat Zayed Centre.

Marina Mall, the second-largest retail centre in Abu Dhabi is there to entice tourists to its 300 stores.  Amongst the many retailers housed there are Carrefour, Versace and Burberry, as well as a plethora of traditional international brands. In response to its popularity, Abu Dhabi is making changes to the infrastructure to accommodate ever-increasing numbers of visitors by offering greater mall space to overcome crowding – currently, approximately 5 new shopping malls are under construction – in itself a good indicator to the level of tourist activity in the Emirate.

Where to visit in Abu Dhabi

Beyond the retail bargains of Abu Dhabi lies the visual spectacle of the White Fort, a palace and one of Abu Dhabi’s oldest buildings. It was once the seat of government but has now been modernized and renovated and is currently utilised by the Cultural Foundation as the Center for Documentation and Research, and maintains much of Arabia’s heritage and historical documents.

A visit to Ferrari World or a round of golf

For more fun activities in Abu Dhabi how about a day at Ferrari World, the world’s largest undercover theme park situated on Yas Island. Or a calmer endeavour could be a round of golf with stunning views of the coastline at Yas Island Links Golf Course, designed by premier course designer, Kyle Phillips.

For cultural sites one has to visit the beautiful Sheikh Zayed Bin Sultan Al Nahyan Mosque with its 80 domes of white marble – it’s a stunning looking building with much majesty and spirituality surrounding it.

To understand business in Abu Dhabi one must return to an older more romantic period in Western history.   A time of honour and verbal discipline, a time when a man’s word was his bond – and this can often prove challenging to Westerners conducting business in Arabic society.

Hospitality is as much a part of business as striking the deal itself, as is the development of mutual trust and respect, and a verbal agreement will be considered as binding as a contractual commitment.  Good manners, patience and attention to detail – like ensuring business cards are printed in both Arabic and English – will go a long way towards clinching a deal.

Most businesses in the UAE or indeed the Arabic world are family-run affairs. In the early stages, meetings may be held by a junior member of the business but it is wise to identify the decision-maker as he will likely be the one to give the final go-ahead.