It seems like fairy tales have weathered the literary test 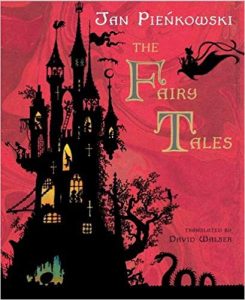 of time better than any other genre. One could argue that The Iliad, Beowulf and the Icelandic Sagas are older, but how many of us have read these when they weren't on a syllabus? Be honest. “Cinderella,” on the other hand, is a story just about everyone knows.

So what accounts for the lasting appeal of fairy tales? I think it has to do with the aura of enchantment these stories cast on their readers. Almost without exception, you'll find in fairy tales settings where place and time are obscured (i.e., these strange events could happen anytime and anywhere), where good tangles with evil, where vanity is punished and virtue often rewarded, where animals speak, where witches wield mystical powers, and where nothing is quite as it seems. Romance and danger also pervade. Children are imperilled (see “Hansel and Gretel”) and thoughtlessness is punished (see “Sleeping Beauty”).

You'll find all these elements and more in The Fairy Tales, a collection of the four warhorses of a fairy tale – “Sleeping Beauty,” “Snow White,” “Hansel and Gretel,” and “Cinderella”, translated by David Walser and bewitchingly illustrated by Jan Pienkowski.

Pienkowski's silhouette illustrations are remarkable for their narrative quality and judicious splashes of colour. The text is decorated with drop caps that bring to mind the work of gothic manuscripts produced in medieval scriptoriums.

The Fairy Tales is a great way to get reacquainted with the folky side of fairy tales in all the grim enchantment in which our forbears imagined them. These stories are also appropriate, despite their darker elements, for children who have perhaps overindulged on the sugar-coated Disney versions.

Published by Viking, Pienkowski and Walser's sumptuous book is essential. And a must-read for anyone with even a passing interest in the folklore of humankind. 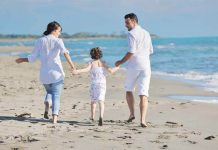