Well, I can't let Halloween slip by without recommending a few stories that might make you glance behind the shower curtain or check the recesses of your closet before going to bed.

Ever since I was a child, I've always liked being scared – so long as it was a story that was doing the scaring. There's a measured amount of safety in experiencing terror while snuggled in flannel sheets. Whether you're peering from a secluded wood while Rumplestiltskin dances diabolically around a fire or sitting in an armchair sipping cognac and listening to the bizarre tale of a bodysnatcher – you're facing the worst sort of fears with your imagination. And when that happens, the horrors of reality lose a lot of their potency.

After all, isn't that what Halloween is for confronting and driving out the demons?

The characters in Shirley Jackson's The Haunting of Hill House (Penguin) could do with a little exorcism. In a style faintly reminiscent of Henry James (but more modern), Jackson knows just how to wind up the thread of psychological tension.  As if he were conducting a Victorian spiritualist experiment, Dr John Montague, a professor of philosophy, rents the legendarily haunted Hill House and invites four, shall we say, “out of the ordinary” guests. Are the horrors that take place within the walls of this desolate abode the work of a poltergeist or simply the product of the guests' troubled psyches?

The Rime of the Ancient Mariner, S. T. Coleridge

If you think Samuel Taylor 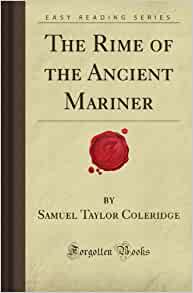 Coleridge's The Rime of the Ancient Mariner is scary only because it's written in eighteenth-century verse, think again. This is a classic chiller that will hold you in its thrall from the first stanza. A wedding guest, late to the party, is detained by a grizzled mariner who insists on telling his twisted tale.

The wedding guest would rather be on his way, but for that mariner's “glittering eye.”

Turns out the mariner had the bad sense to shoot a bird that brought favourable winds. The ship is stranded, the crew drops one by one of thirst and the mariner finds himself “Alone, alone, all all alone / Alone on the wide wide Sea.” He's visited by more than one kind of spectre, alone with the metaphorical albatross hanging around his neck. (Yes, this is where the saying comes from.) All the while the mariner is telling his tale, the wedding guest pleads for his release. The narrative is carried along swiftly in a traditional ballad's meter and rhyme. A haunting moral tale for any age.

Perhaps the most frightening tale in this short run-down is a short story by the sometimes long-winded novelist, Charles Dickens. No. 1 Branch Line: The Signalman. A railway worker receives three ghostly warnings on the secluded stretch of a track he works alone – on the nightshift. What's so creepy about this tale is the matter-of-fact way in which the narrator describes the ill-fate that befalls the lonely signalman. Even when you think you know what's coming, the end will leave you startled. And scared. 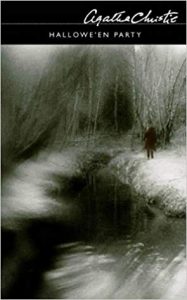 What am I reading as a treat this Halloween? Agatha Christie's Hallowe'en Party. It's circa 1970, probably not her best period.

“From what you read and hear nowadays, it seems that murder under certain aspects is slowly but surely being made acceptable to a large section of the community.”

But when a body turns up in the library where party guests were bobbing for apples, Hercule Poirot finds an interesting puzzle that will flex those famous little grey cells.